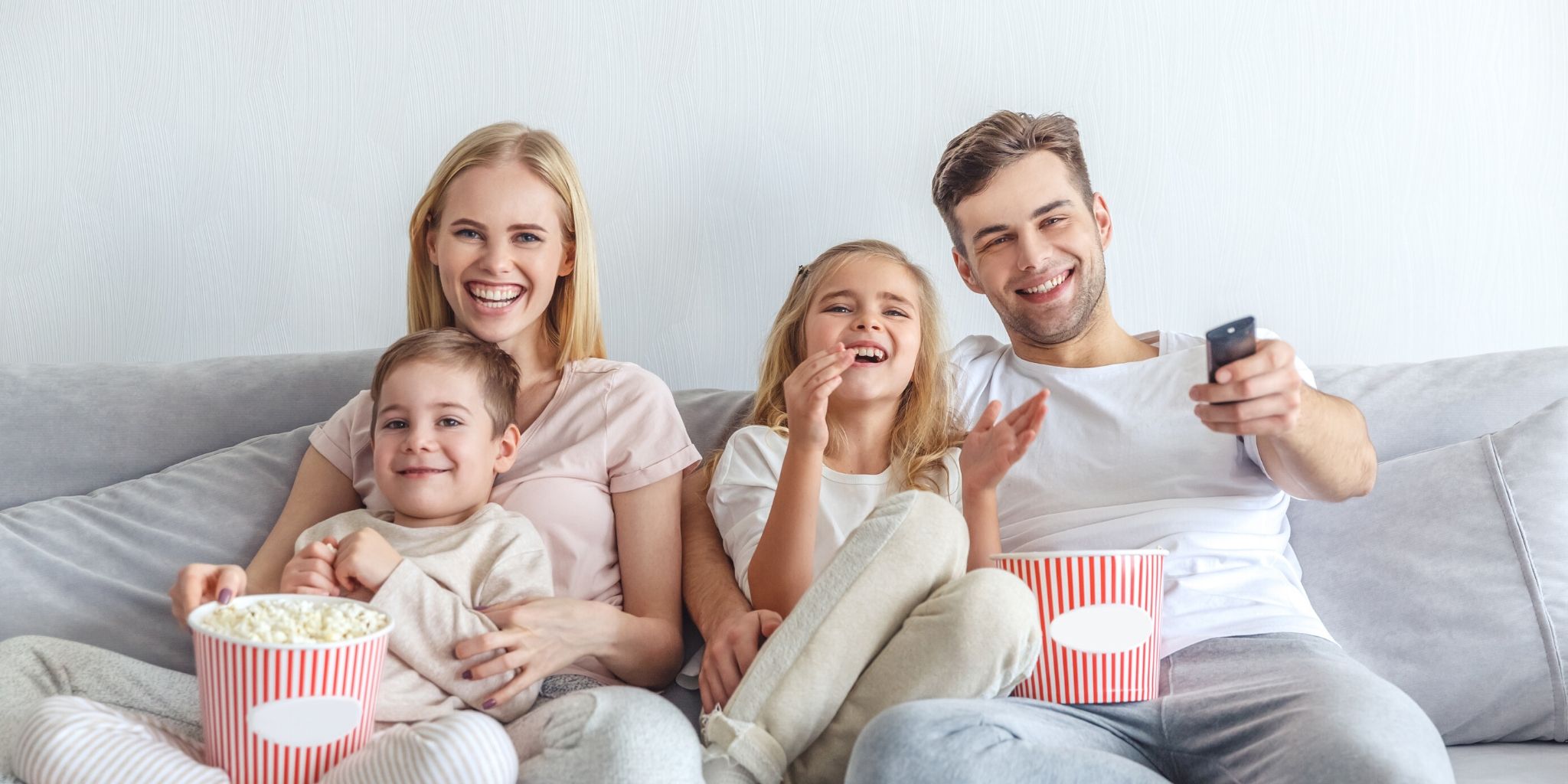 We asked parents via Instagram to tell us more about the issues they come across in their parenting. Based on the most common answers, we wrote this article to give you some tips on the best kids movies that help you raise your kids with a focus on equipping them with strong character traits. Action!

Click on the following buttons to jump directly to the paragraph or read through the entire article. 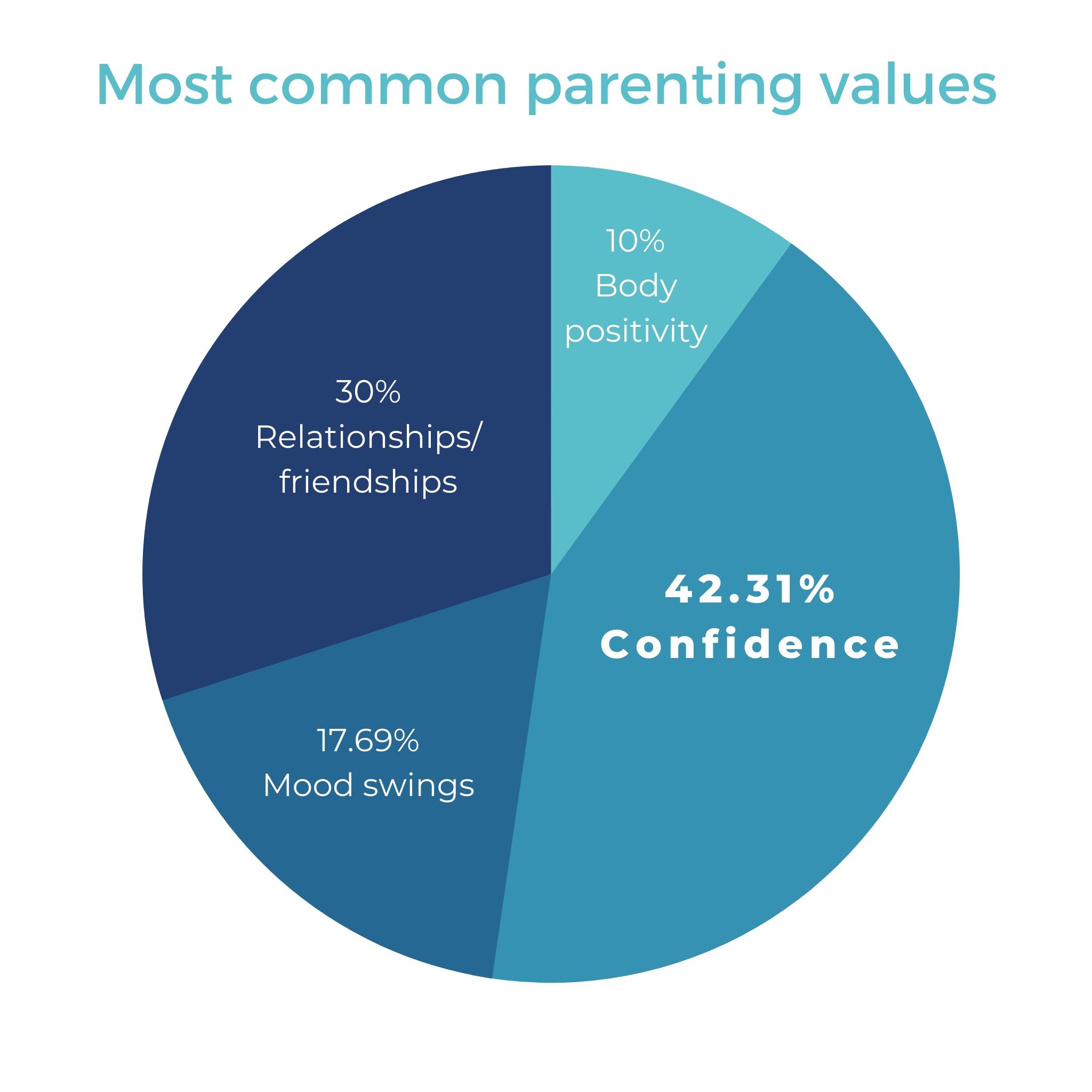 42.31% of all parents said that confidence is their most talked about parenting value

It doesn’t come as a big surprise that learning how to build confidence in kids is the number one priority of parents in our survey. We could probably write 10 different articles about confidence-building activities, but in this one we want to focus on movies that teach you to accept who you are and internalize your worth. While growing up, children experience many challenges and changes that might make it hard for them to be confident with themselves. So, what are some good movies about self-confidence to help kids value their unique skills?

Harry Potter (2001) - via Giphy: Although the entire Harry Potter world beautifully depicts confidence, we believe that Hermoine Granger is the one who really shows what it means to believe in oneself. Although not being liked by her peers, she is always there when they need her help and expertise. She believes in herself and it’s beautiful to see how her peers start valuing her for exactly who she is: hard-working, brave and loyal.

Sing (2016) - via Giphy: Sing tells the story of different characters who have one thing in common: they sing! Some of them more, some of them less confident. A great example is Meena, a shy and extremely stage-frightened elephant who ends up giving the performance of her life after being encouraged by her friends. We get to see how they all find their confidence in what they love doing most.

Ferdinand (2017) -via Giphy: Ferdinand, a young bull, is not like the other bulls. Instead of fighting and being aggressive, he’s gentle and friendly and tries to find his place in this world. He knows who he is but he has to learn how to accept himself and how to be confident while being different from his peers.

How to raise confident kids

It’s crucial to show kids how their character traits and skills can have a positive impact on their lives. One way to raise confident children is to introduce confidence-building activities to talk about what you value about them and, more importantly, what they value about themselves. Encourage them to think about three compliments for themselves daily. You can also ask them to think about specific situations where those character traits have helped them to reach a goal.

When they are older, you might also want to start talking to them about character development. Finding a balance between accepting the things you cannot change and slowly learning how to change aspects of yourself that you can change. Self-improvement is an important skill that you have to carefully introduce to your children in order not to overwhelm them with it. 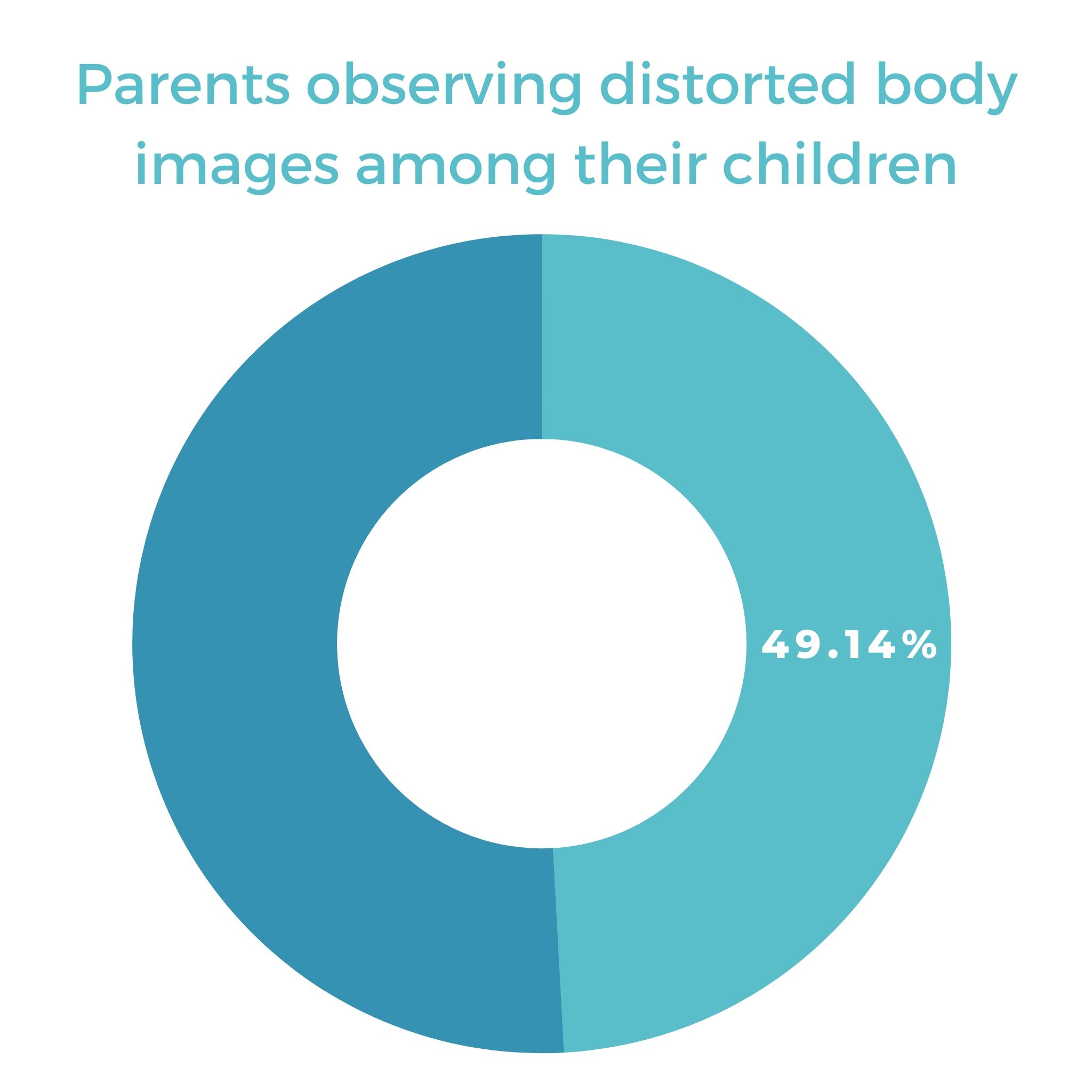 49.14% of all parents indicated that they see distorted body images among their children

Self-image is an important part of growing up and finding one’s designated place in this world. And self-image is highly influenced by how you feel in your own body. However, be aware that being body positive isn’t only about being comfortable with how you look, but mainly with how confident you feel inside your “shell”! Especially during puberty, bodies change and it can be difficult for teenagers to keep up with the change. Let’s look at some movies that help kids with their body perception:

Little Miss Sunshine (2006) - via Giphy: Although it’s not a designated movie for kids, it’s still appropriate for slightly older kids (around 12 years) and tells the story of a girl who doesn’t meet classic beauty standards but wins everyone's hearts by being herself.

Anne of the Green Gables (2016): - via Giphy: We follow Anne on her journey of being adopted into a family who originally planned on adopting a boy. Right from the onset, she’s set to show the family what she’s worth and why they don’t need a boy after all. The movie beautifully shows how gender norms of strong, confident boys are crushed by Anne being the strong character that she is.

Mulan (1998): - via Giphy: Although not a classic movie about body positivity, Mulan has the ability to show kids that their gender or body doesn’t define them and they can achieve anything they want if they don’t let themselves be defined by social norms. Mulan sets herself free from the expectations society has of her and follows her own beliefs.

How to raise body positive kids

Although it might sound counterintuitive, one of the best ways to raise body positive kids is to talk about their body as little as possible. Instead of telling your kids that “they look pretty”, compliment them on their character development and accomplishments. As parenting blogger Gioula Chelten writes: Keep in mind to praise the process, not the person. “What a creative way to solve this problem!” is a wonderful compliment to help them grow.

As with many other parenting issues, it’s also important to lead by example. When you are constantly criticising yourself and your body perception, your child will automatically learn this behaviour from you. It’s absolutely okay for you to work on your body but make sure to do it in a healthy way. 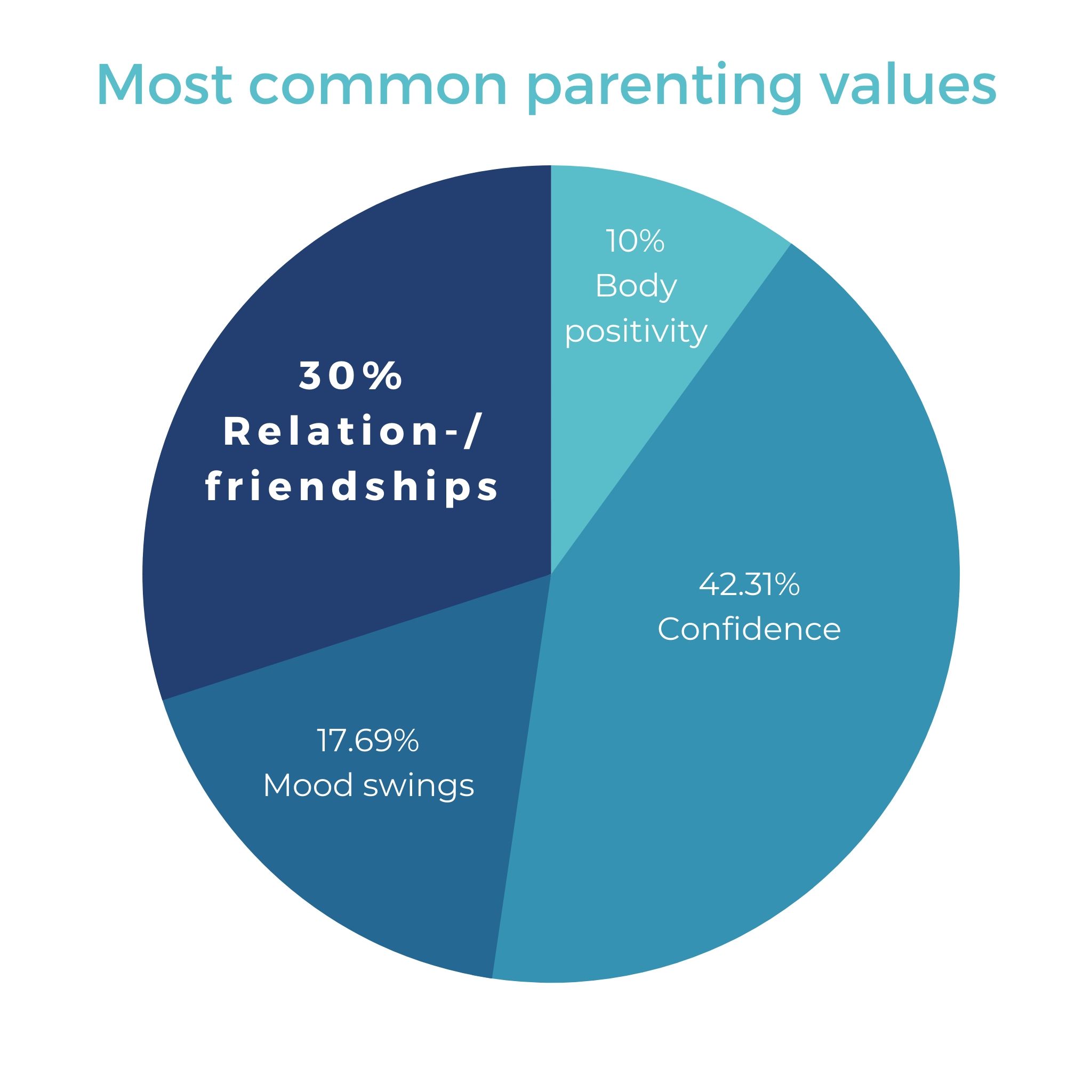 The concept of valuing and maintaining kids’ friendships is something that they need to learn at a young age. It will help them to continue valuing their friends and family over the course of their whole lives. Especially when kids grow older and start becoming independent from their parents, their friends and peers play an important role. Luckily, friendships are one of the most common theme in movies for kids, so here are some great examples:

Charlotte’s Web (2006) - via Giphy: A story about a piglet that has to leave its old farm and friends when it’s all grown up and needs to adjust to its new environment. When befriending the new animals, it learns what it means to have real friends who stand up for each other and support each other. Sometimes sad, Charlotte’s Web teaches the value of real friendships.

The Lion King (1994) - via Giphy: A true classic, following a lion cub on its journey of growing up and exploring its relationships with many different friends and family members - both good and bad. The Lion King masters the value of friendships while showing that not all family relations are healthy and happy. Beautiful, emotional and educational at the same time!

Toy Story (1995) - via Giphy: Toy Story is a modern classic that beautifully explains what happens when loyalties and friendships change over time. Just as in real life, new friends come into the picture and old friends fear being replaced by the new, cooler, more exciting friends. In the end they learn that friendships don’t always have to be exclusive and that one can be good friends with multiple people.

How to raise kids who value friendships and relationships

In order for kids to have healthy and functioning relationships at a later point in life, it’s important to have a good relationship with them when they are young. By leading by example and being a good friend to them, they learn how valuable it is. Support them in their endeavours, listen to them, stay connected and ask them how they are. Besides being a parent, try to also be a good friend to them.

As with the concept of body positivity, you can compliment your kids’ on their qualities as a friend: “It’s amazing how you listen to your friends and give them advice that they need to hear instead of forcing your opinion on them.” 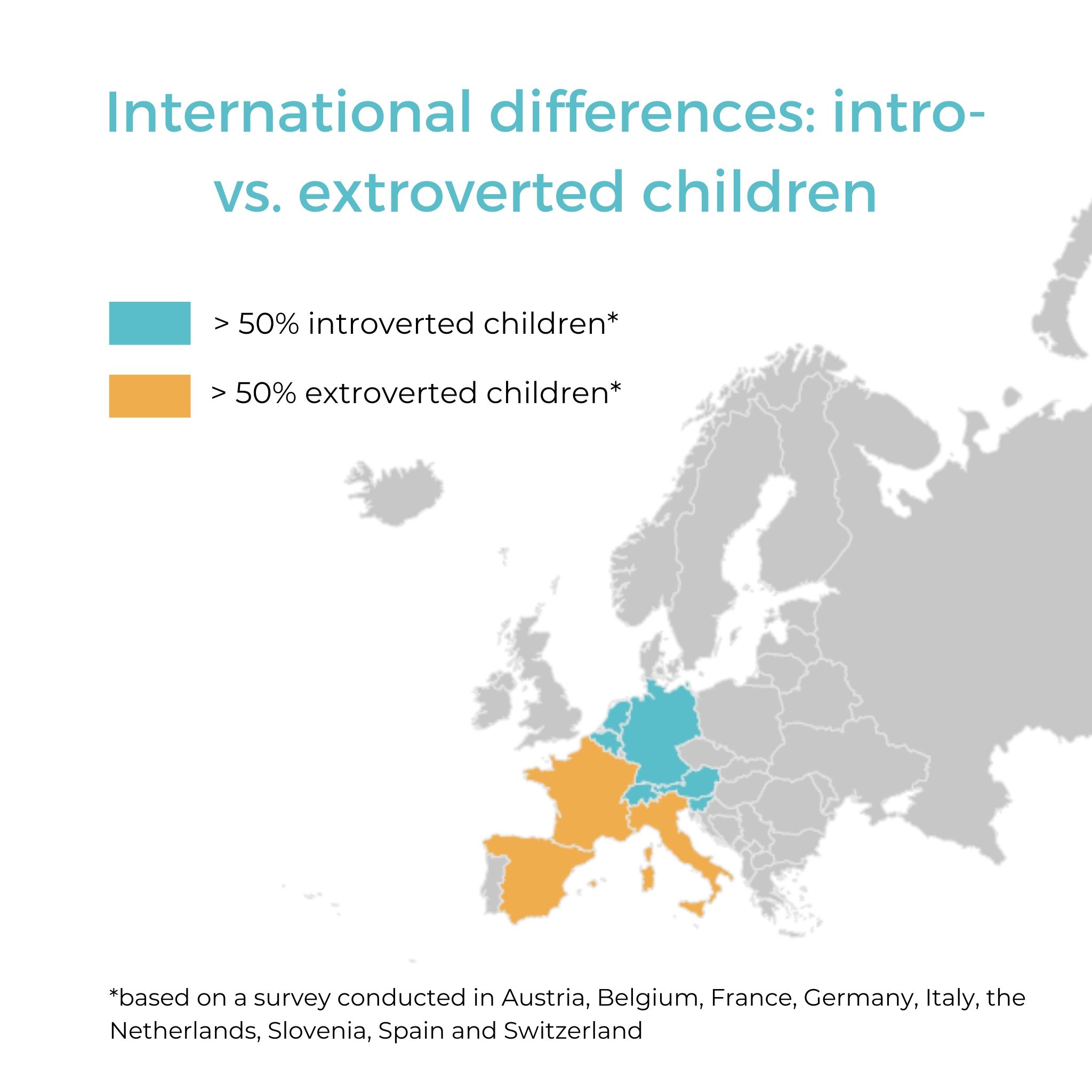 Children from Austria, Belgium, Germany, the Netherlands and Slovenia tend to be introverted, whereas children from France, Italy and Spain tend to be extroverted

Although our world is made for extroverted people, the first thing to learn is that there is no right or wrong here. Regardless of whether you have an introverted child or an extroverted child, they have qualities that the others may lack and qualities they can learn from others. As we said previously, our world is mainly designed for extroverts, so here are some movies that can help introverted kids see their value and find their place in the world:

How to Train Your Dragon (2010) - via Giphy: In this movie we’re following the young Viking Hiccup on his journey from first planning to become a dragon slayer but ending up befriending the dragon and - as the name suggests - training him. Hiccup isn’t like the other young Vikings, he’s quiet, shy and we follow him on his path to find himself and his place in the wild Viking world.

Amélie (2001) - via Giphy: This is the perfect movie to introduce kids to the joy and magic that introverted people can bring to others, and ultimately themselves. Amélie starts her quest to bring happiness to others, neglecting her own well-being. After some time, she realizes that and starts to also focus on herself. A beautiful story about compassion and the journey to finding happiness.

Inside Out (2015) - via Giphy: A modern classic when it comes to the “feelings talk” with kids. The movie explains what happens in a child’s brain when emotions start taking control. Director Pete Docter struggled with similar situations which resulted in him becoming socially isolated during his younger years. His goal was to help kids who go through the same things and we think he did a great job.

How to raise intro- vs. extroverted kids

The most important parenting skill is to learn how your kids tick and how you can support them. It can be especially tough to know how to support your children when they have characteristics different from your own. If your kids tend to be introverted, acknowledge it and don’t think of it as a problem that needs to be solved. Support them by valuing their privacy and their personal boundaries instead of forcing them to try to make more friends and be more outgoing. Source

If your child is an extrovert, it might be easier for them to succeed in our world. However, it’s equally as important to support them. Give them opportunities to explore their extroversion while still being there for them when they fail. Also, make sure to talk about safety and self-protection. Extroverts might start talking and trusting strangers quickly, which can be a problem. Make sure to talk about boundaries and that it’s okay to have them. Source

If you would like to read an expert’s view on the impact of movies on kids, we talked to developmental psychologist Jennifer Harriger, who answered our most important questions in this article.

The key takeaway from our research is that parenting is hard. But you probably already knew that. So, take a step back and acknowledge what you have already achieved for yourself and your family. Then think about which of these issues are of importance to your family and have another read on our (movie) tips. The most important thing you can do as a parent is to try to understand how your children think and support them in who they are during their growth process. Last but not least, there’s nothing wrong with consulting an expert if you feel that you need it! 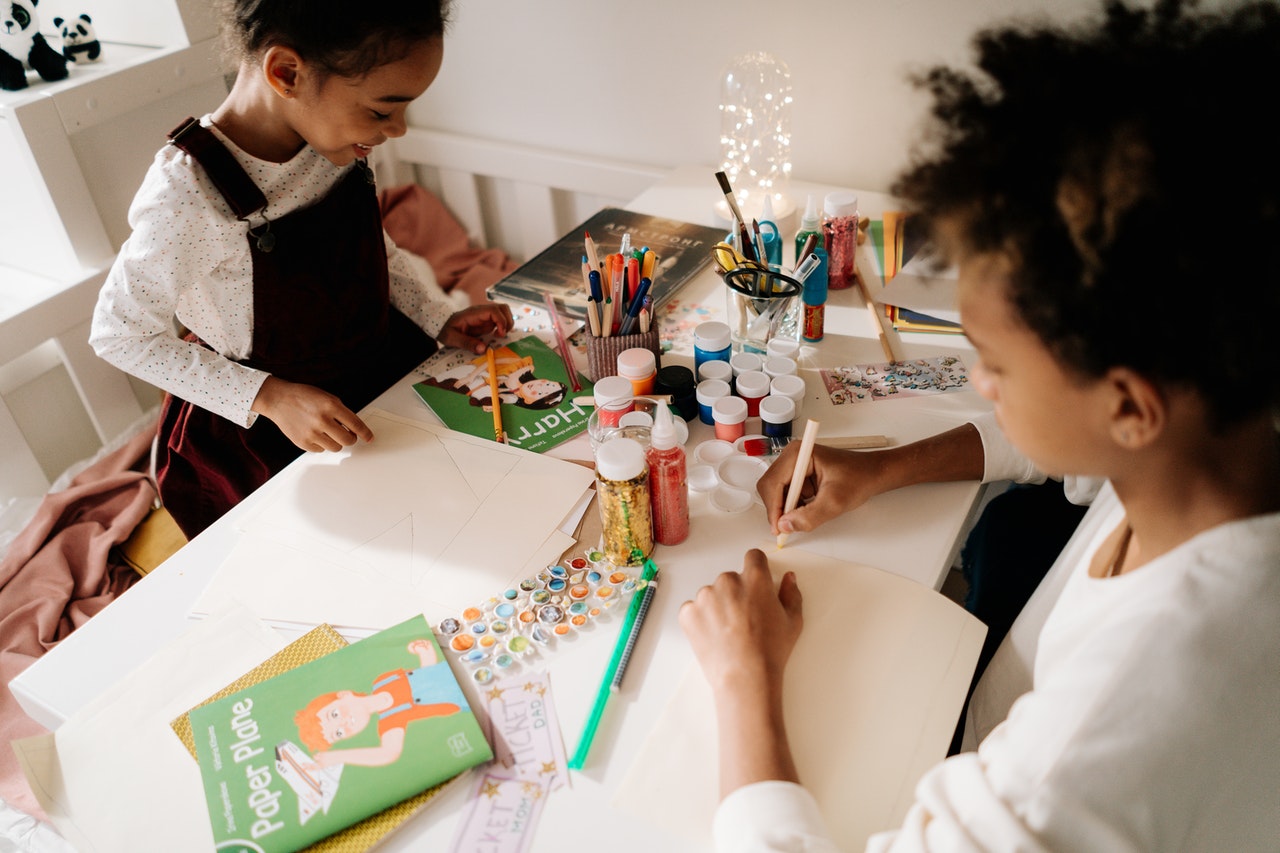 Art as therapy: The benefits of art for children 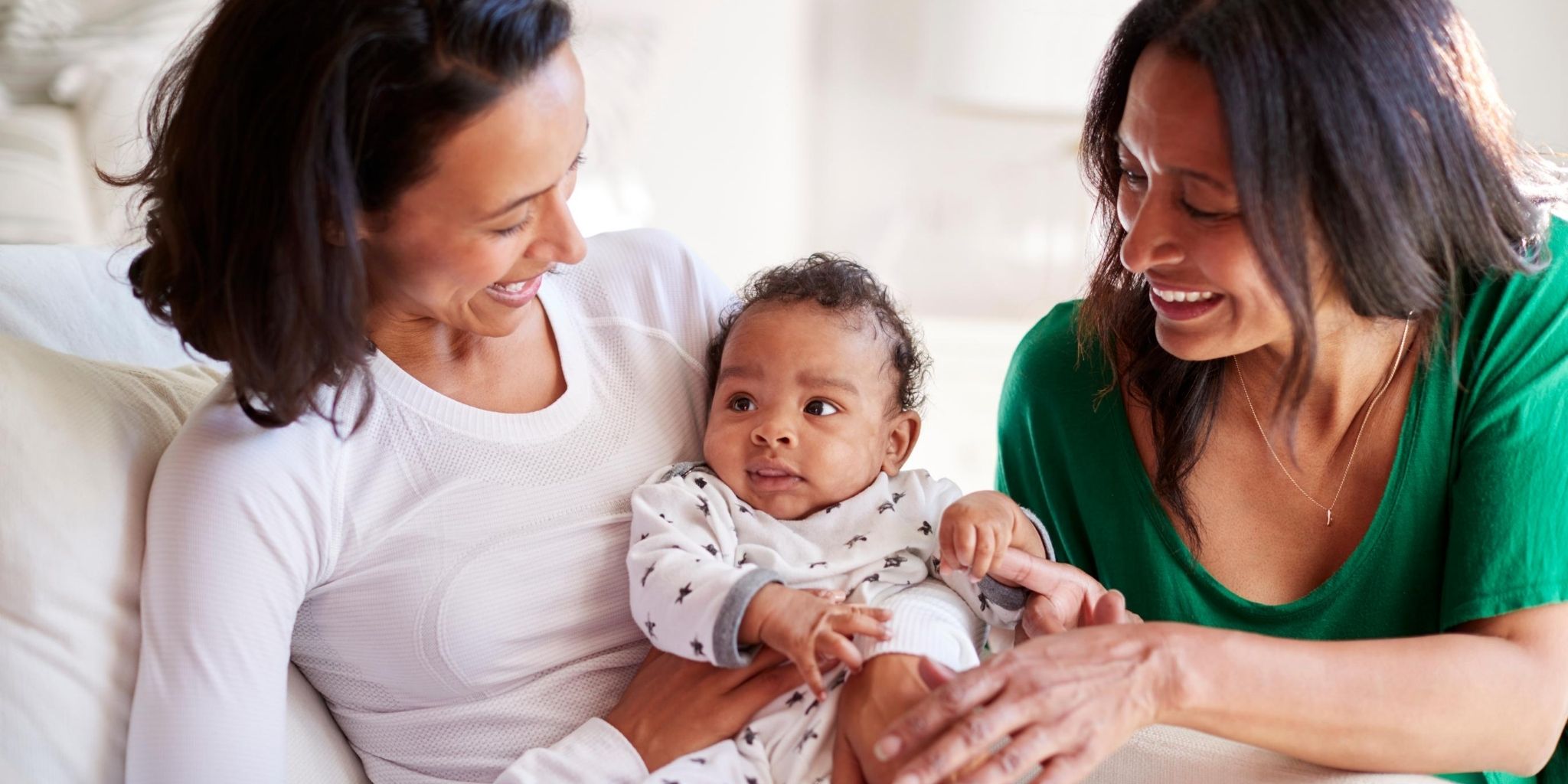 10 Tips For Your Babysitters First Day 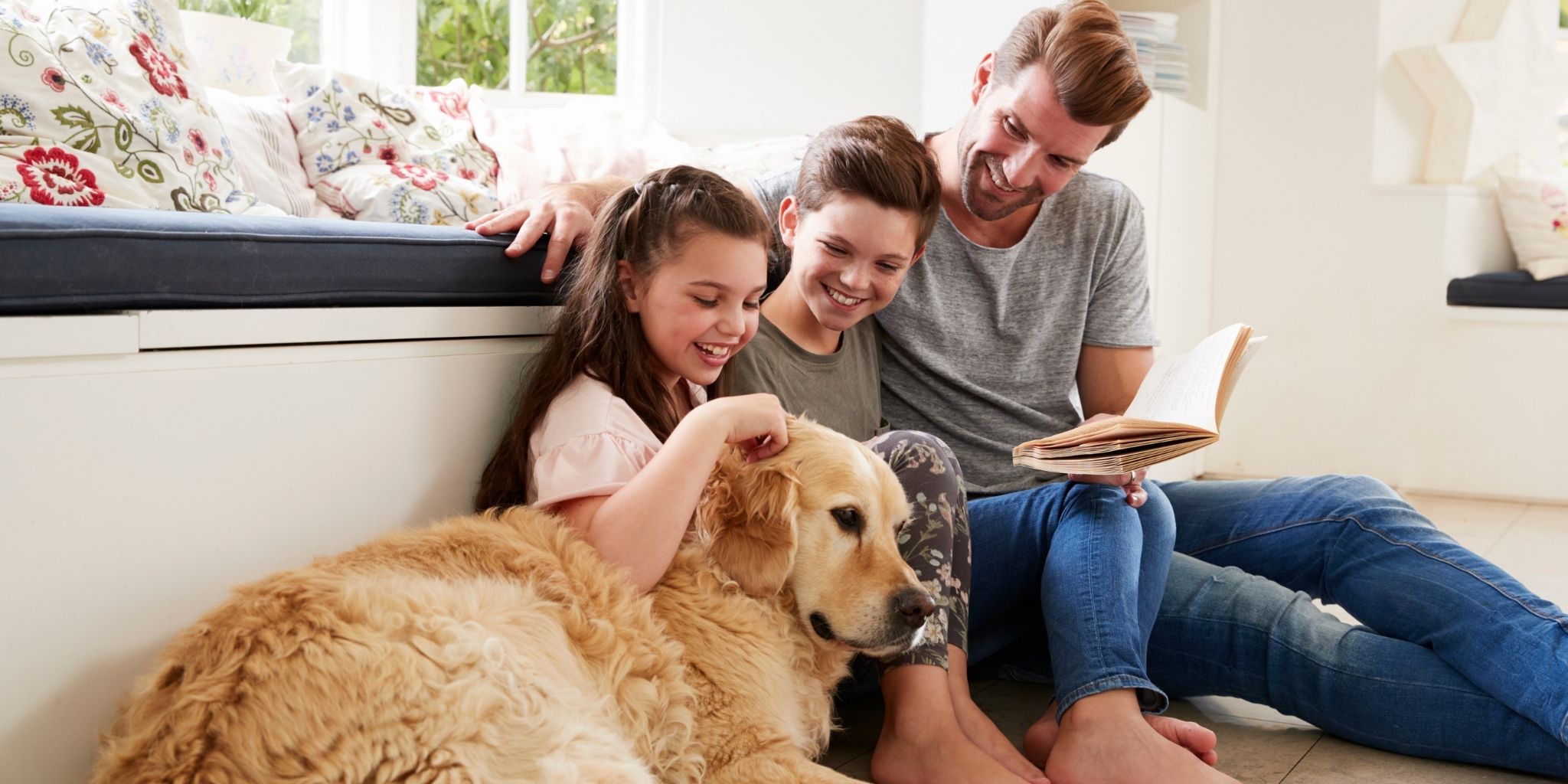 Find the best pet for your family - The Test